Skip to content
VR vs. AR (and Why It Ultimately Doesn’t Matter)

VR vs. AR (and Why It Ultimately Doesn’t Matter)

eXtended Reality (XR) is an umbrella term covering a range of immersive digital technologies, including virtual and augmented reality (VR/AR). While AR and VR are based on similar concepts and underlying hardware, there’s still a huge gulf between the two. Different display hardware, different use cases, different viewpoints on the relationship between the user and the world.

So when is VR the better choice over AR, and vice versa? What does this mean for the future of marketing?  And what happens when these differences collapse? 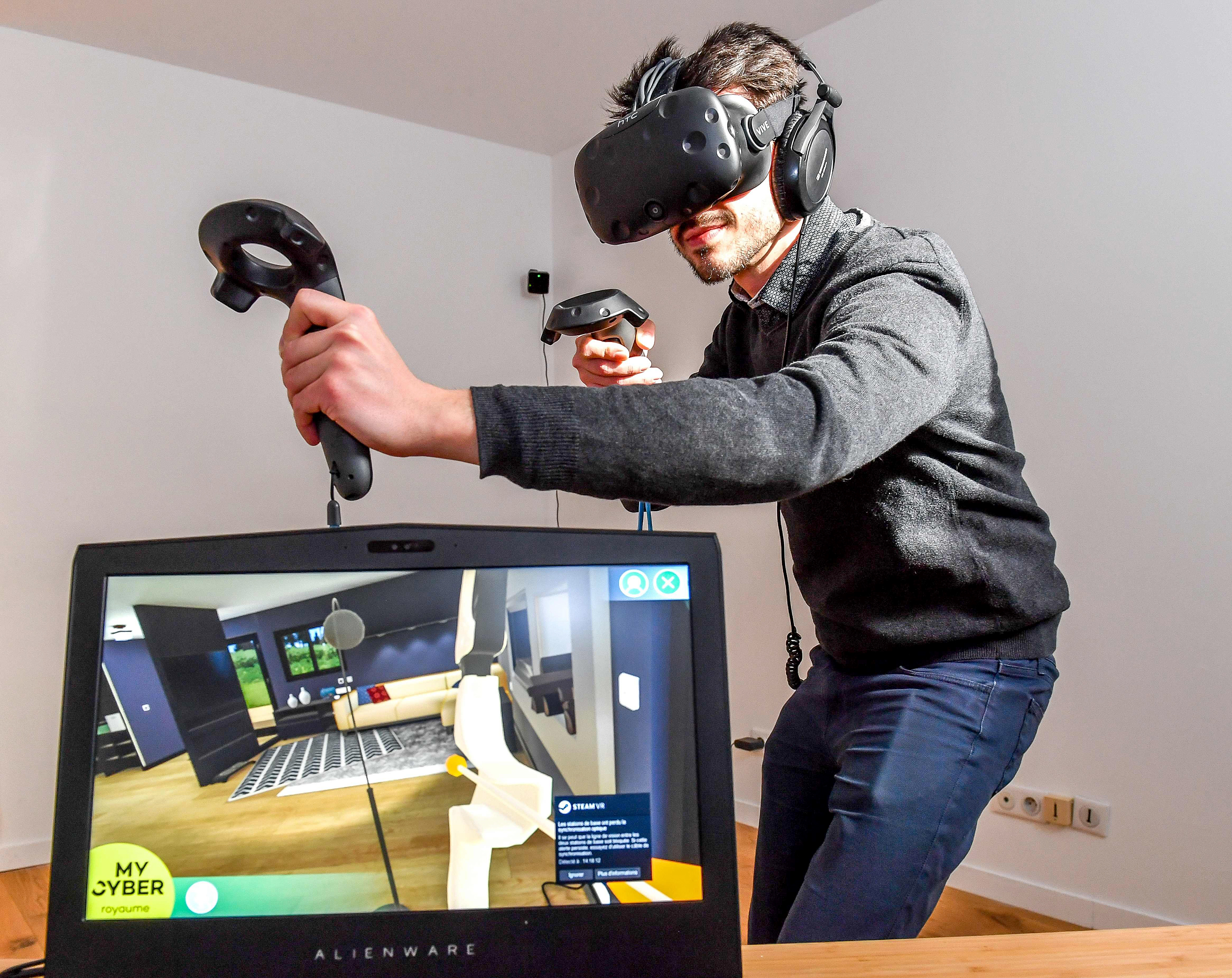 In the simplest terms, VR takes us to a whole new realm, separate from the ‘real’ world of atoms and physics. It tricks our senses and replaces the real world, with fully immersive headsets, spatial audio, and haptics.

The value of VR has been expressed in countless movies and books, such as Snow Crash and Ready Player One. It brings us to worlds that we’ve designed, ones which aren’t bound by the same physical limitations as our real world. Impossible structures can be built, vast distances between real people shortened, and we can inhabit them using any outward appearance we want through avatars.

But VR also has an immersion problem. To access it, we have to “leave” this world. It doesn’t just switch on or transition seamlessly – you have to plug in a VR headset, set up a safe space to move around in, log in to the game or service, etc. VR might be like taking a vacation from reality, but you still need to take the time to pack for it. Not everyone has the time to turn the real world off. All this for a game of Beat Saber.

The struggle of virtual reality has always been to realize the fantasy of a virtual realm while minimizing the intrusive elements of reality. We’re getting better at blurring that line every day, but will we ever be able to erase it completely? AR doesn’t bring us to another world. Instead, it adds a virtual layer on top of our physical world – augmenting it. This can be achieved through a mobile phone (billions of devices) or an AR headset (hundreds of thousands).

Consider Pokémon Go, the AR mobile app that lets you travel the land to capture pocket monsters to raise and battle. Pokemon don’t just live in a virtual space unconnected to the real world anymore, like they once did on the Game Boy – they’re mapped to real places on earth, using geolocation data to make a new, universal social reality. You want that Charizard? You have to meet it where it lives. While progress has been made on AR headset technologies, they suffer from more hardware hurdles than VR has. In VR, your whole view of the real world is obscured, because the goal is full immersion. AR offers only partial immersion, as you need to be able to see the world around you underneath the virtual layer.

This means AR has higher compute costs, as the headset needs sensors to map your surroundings – as you move through them – and project onto them, all in real time. Simultaneous localization and mapping, dynamic occlusion, environmental light level compensation – that’s a tall order for a pair of glasses. It’s no wonder headset AR has always been a few years further out than VR.

Nonetheless, analysts believe that augmented reality headsets will be the true game-changers for everyday life and productivity applications. Much like a mobile phone, AR headsets have the potential to integrate more readily into everyday life, without requiring the user to “turn off” the real world.

Meeting in the Middle – Mixed Reality But VR and AR don’t need to be mutually exclusive. Those distinctions only matter right now because the underlying hardware needs to be optimized for one or the other. As we build the metaverse, these two modes of experience will be more like points on a gradient, where our degree of virtual immersion can be dialed up or down. Imagine that the real world is a single channel on a TV set – for most of human history, the only channel that has ever existed. AR adds some dynamic content on top of the original channel, while VR is a totally different channel, showing an imaginary world. That’s where we are today.

By blending elements of VR and AR together, Mixed Reality (MR) adds a variety of new channels, dynamically generating and mixing real and virtual content. It might transform a couch into a mountain, or interweave other people’s avatars into a real-world space. All of these channels exist simultaneously, it’s just a matter of honing in on the specific channel we want. A true metaverse experience will look like that, where we can fade in and out between different layers of reality without the need to separate one from another. Truly mobile VR: two friends battle it out in a mirrorworld, immersed but not removed from their physical environment.

Keiichi Matsuda talks about this dynamic in terms of “Mirrorworlds” – essentially, different dimensions that inhabit the same space that we’ll be able to tap into at will. It will need to be a truly hands-off experience. As Matsuda writes, “we could say that Mirrorworlds move us away from human-computer interfaces, and towards human-environment interfaces, with technology as a mediating filter on our perception.”

If done right, this will have a profound impact on how we interact with technology – and reality – in just about every way. There will hardly be a distinction. When early metaverse adopters try to describe what it will look like today, the results can sound a little rough around the edges. That’s because we’re at the forefront of this technological shift, and we can’t begin to truly know how things will look on the other end. That doesn’t mean we shouldn’t try. Developing the metaverse can’t just be a flash-in-the-pan fad  – rather, we need to build a strong foundation for one right now. It will take rethinking how we do just about everything, and giving new, weird modes of reality a chance today, in order to create something truly world-shattering tomorrow.